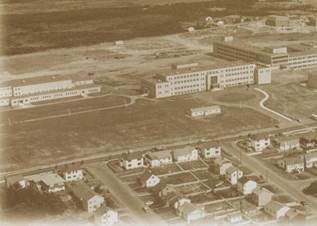 In the winter term of 2017, students taking the second year quantitative reasoning course in history called Visualizing the past used the Newfoundland Statistical Agency’s Community Accounts to explore aspects of Churchill Park. An earlier iteration of the same course explored certain themes in the history of this suburb. This neighbourhood is where Memorial’s main campus is located, but it is also one of the earliest modern suburbs in North America. Built as a public initiative, financed by the Commission of Government of Newfoundland, it was completed a decade before Don Mills in Toronto and several years before the first of the Levittowns in the United States. Community accounts are an exceptional public resource to understand virtually Newfoundland and Labrador. The student pages should all be available by April 4, 2017.