A disability is a temporary or permanent inability to complete certain activities, both mentally and physically. It can also mean that one has restrictions in mobility, agility or both. Someone can be born with a disability or have one from fighting in war. Those who are disabled get harassed on a daily basis and do not get treated as equals. 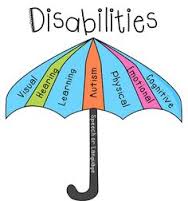 People with disabilities are harassed everyday whether it is at school, work, or home. Harassment can be in the form of jokes, verbal attacks, questioning one’s capabilities and worth, complaints, stereotyping, negative assumptions, discrimination, and failure to accommodate. Children who have a disability have an increased risk of being bullied and are subject to a hostile environment at school.

When Jeffrey Moore was in elementary school his parents had to put him in a private school because the public school that he was in failed to accommodate his learning disability. When his teachers knew of Moore’s disability they referred his case to the diagnostic centre for special attention. However, the school district had closed the centre due to budget cuts. Moore’s case was taken to the Supreme Court of Canada for discrimination by the school district.

Harassment truly begins from a young age. Some children get bullied from their first day of kindergarten to when they graduate high school. An article posted on the CTV News website talks about a link between teen suicides and mental health issues. Amanda Todd took her own life when she was just fifteen years old. She took her own life following the harassment at school and online that she received over images of her body. Todd had a learning disability that affected her coping skills, which worsened the effect of the harassment. According to the article on the CTV News website “A 2012 study of 41 cases of teen suicides found that 32 per cent of the teens had a mood disorder, while another 15 per cent had depression symptoms.”

In the workplace those with a disability are treated as if they are not equally capable of being an employee like the rest of society. Also, there is the issue that people with disabilities have a higher risk of poverty and are less likely to be employed. Employers are not known to accommodate those with disabilities. Some accommodations that employers have failed to comply with include hours of duties, software modifications, handrails, ramps, and accessible washrooms.

On the CBC News website an article was published about Andre H. Arruda. Andre has Morquio syndrome and often uses a scooter to move around. He is just over 3 ft. tall and as a result, has been called “leprechaun” and often has been asked to tie people’s shoes. Andre created a video showing the harassment that he faces daily in our society. The video has created awareness about the harassment that people with disabilities face. The video can be viewed here.

Another article published on the CBC News website is about Anne Shea. Shea lives in Saint John, New Brunswick and uses a wheelchair. Anne Shea and her caregiver were out together in the city’s north end one day in broad daylight when Shea was mugged. They came across two teenagers sitting on a curb, when one jumped up, grabbed Shea’s purse and ripped it out of her seat-belt. A complaint was filed to the police, and the police later found her purse. Unfortunately, all of her credit cards were missing, along with some of her pills. The two teenagers still have not been caught.

People should not be harassed whether they have a disability or not. Those with disabilities should be treated equally in public. There is no reason why the income for someone with a disability should be less than any other employee doing a job of similar value. When you encounter someone who has a disability, treat them as if there is nothing different about them. 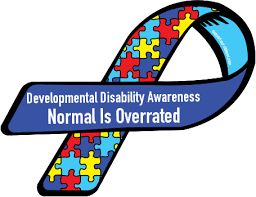