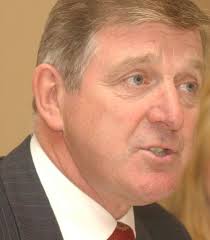 In the years of the Grimes government 2001-2003, students were still having serious financial problems when accessing university education. Federal and provincial non-repayable grants and bursaries dried up and the Canadian student loan plan became more selective.[1]

After many student gatherings and protests, the Grimes government announced plans to decrease tuition fees by 25% over a three year period. In 2001, the government announced 3.3 million to achieve a 10% reduction in tuition.[2] In 2002, another 3.5 million was invested for another 10% decrease.[3] A final 2 million was invested in 2003 to complete the 25% reduction.[4]

In 2002, the provincial government began a student debt relief program. This program offered to cover up to 40% of a student’s provincial student loan once the student has graduated.[5]

[5] Office of the Auditor General Newfoundland and Labrador, “Review of Departments and Crown Agencies,” (January, 2008), http://www.ag.gov.nl.ca/ag/annualReports/2007AnnualReport/Chap2.03.pdf